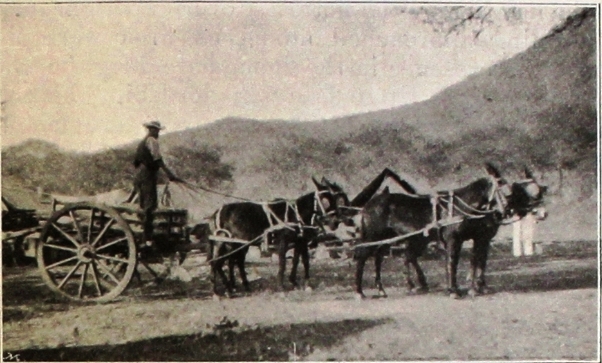 In 1898 Robert Stordy, who was working for the Colonial Veterinary Service in British East Africa, embarked on a 400 mile journey from Nairobi to Kampala.   This journey was the first made by the Uganda Transport which had been set up to convey the effects, equipment and rations of troops serving in Uganda.

Stordy wrote an account of this journey – ‘The Uganda transport – through the tsetse fly belt of British East Africa’ which appeared in The Veterinarian  January 1899 pp 11 – 20.

The original plan had been to use both bullocks and mules but an outbreak of rinderpest meant that the first journey was  entirely reliant on mules, 102 of which had landed at Kilindini Harbour Mombasa, having travelled by steam ship from Cyprus.  From Kilindini the mules were taken by rail, along with carts and other equipment to the start point of the journey in Ndi, some 109 miles away.

As well as the mules the convoy consisted of 25 carts, five ponies, 4 Officers including a Medical Officer, Stordy and a number of  ‘Cape boys’.  They set out on 1 April and arrived on 19 April covering around 20 miles a day.

Team of the Uganda Tranport

Stordy tells of the animals they encountered including ‘his Lordship’ the man eating lion who had previously claimed seventeen victims and a rhino they mistook for an anthill!  He also records their game hunting exploits – giving a detailed description of shooting his first lion (not ‘his Lordship’) on which he performs a post-mortem.   The account includes this photograph, taken by Stordy, of a lion skin drying on a hut – it doesn’t say if it is the one he shot. 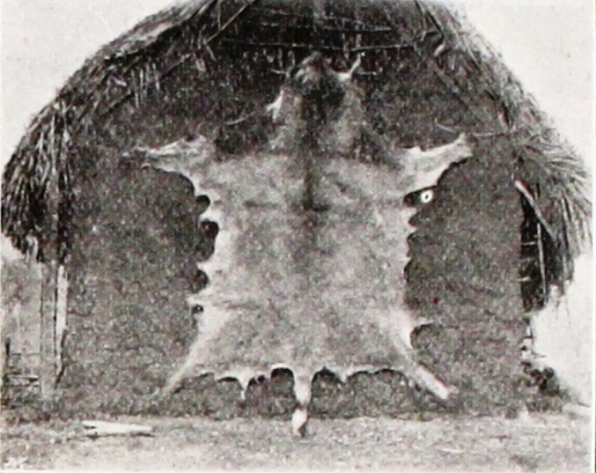 Skin of lion drying on a native hut

There are numerous descriptions of the scenery they passed through – ‘Reaching the River Simba … a beautiful sight met our gaze in the form of innumerable fireflies lighting up the river banks with brilliant flashes’.

Stordy  records some of the veterinary work he undertook e.g. performing a post-mortem on a bullock with rinderpest at Machakos. There is also a description of the precautions taken against tsetse fly: the mules were given balls of arsenic, quinine and gentian; all the animals were regularly smeared with Jeyes fluid with the ponies having additional  protection when they were  ‘arrayed in their pyjamas’. 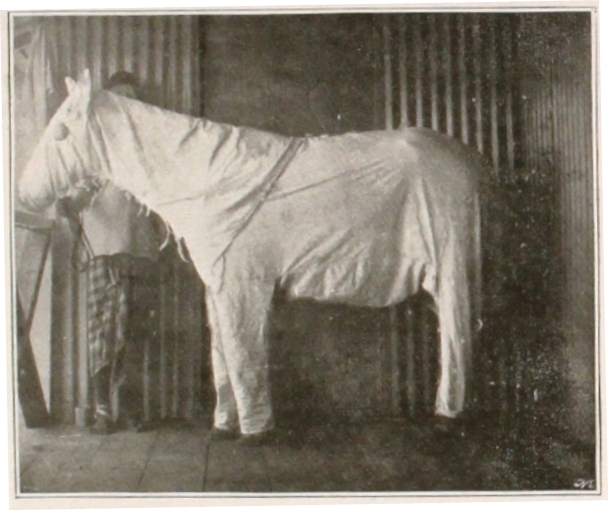 Pony in pyjamas as a protection against tsetse fly

Stordy finishes by recording that only one mule had died on the road and the others were in fair condition and that the journey was ‘full of hard work, and anxiety, yet abounding in experience not to be gained in the dear old country’.

You can read about another of Stordy’s journeys.

The RCVS stained glass
We use cookies to ensure that we give you the best experience on our website. If you continue to use this site we will assume that you are happy with it.OkRead our Cookie Policy
Scroll to top