You are here: Home / Peter Keast 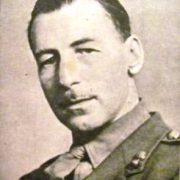 This month marks the 75th anniversary of an important military operation which paved the way for true ‘combined operations’ involving the Royal Navy, RAF and Army; an operation in which two members of the Royal College of Veterinary Surgeons took part. In 1941 Vaagso, a coastal town in Southern Norway, lying between Trondheim and Bergen, […]